Come for the Fun of It! 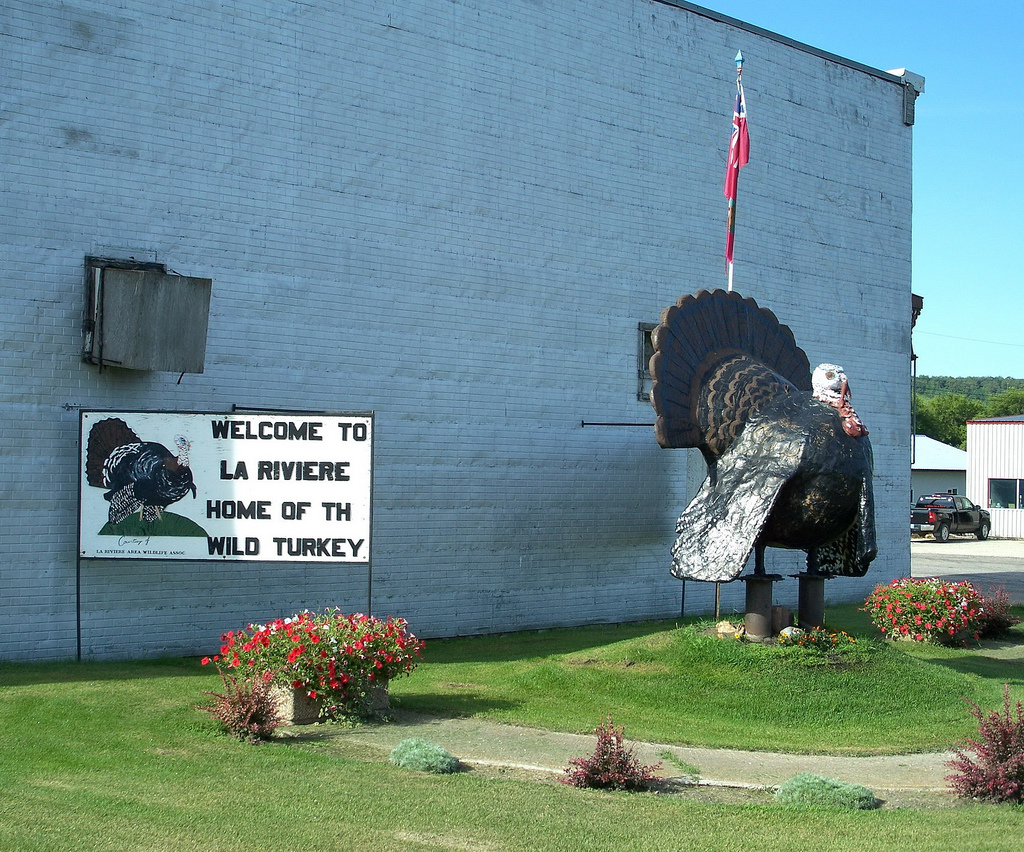 PUBLIC NOTICE - COVID-19
LaRiviere, located in the beautiful Pembina Valley, boasts a variety of business and recreational opportunities, within the convenience and comfort of a small town.
Travelers have enjoyed the many experiences offered at LaRivere since the early 1900's.
For decades, ski trains brought ski enthusiasts to the oldest ski resort in Manitoba. Skiers from many destinations continue to enjoy the downhill and cross-country trails still offered at the modern Holiday Mountain Resort.
Hunters and photographers alike stalk their prey in the Pembina valley with its abundance of wildlife. Travelers can have their photo taken at the Wild Turkey statue, built to commemorate the community's centennial in 1986.


LaRiviere is not only a haven in the winter with miles of groomed trails for the snowmobile buff, but hikers, bikers and canoeist alike find the hills and winding Pembina River a challenge in the summer.
As an LUD, La Riviere is over-seen by a committee consisting of:
Committee members are elected for four-year term and responsible for;
Current LUD Committee members are:
Larry Thompson
Andre Remillard
Warren Lea
Harry Brendle (Municipal Councillor)
Scroll Up